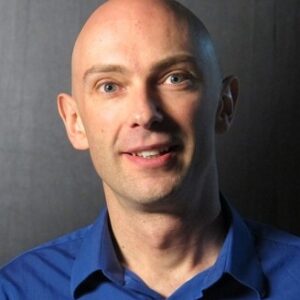 I arrived in Phoenix, Arizona a penniless business graduate from a small industrial town in England. Within a decade, I became a stock-market millionaire.

But I also led a double life. An early fan of the UK rave scene, I threw raves and distributed Ecstasy in competition with the Mafia mass murderer Sammy the Bull Gravano, who put a hit out on me. On May 16th 2002, a SWAT team knocked my door down.

Facing a 200-year sentence, I entered a lengthy legal battle. After two years of being held unsentenced, I was convicted of drug crimes. I was sentenced to 9½ years, and served almost 6.

I had only read finance books prior to my arrest. While incarcerated, I submerged myself in literature – reading over 1000 books, including many classics. By studying original texts in psychology and philosophy, I sought to better understand myself and my addictive personality. I credit books for being the lifeblood of my rehabilitation.

Released in December 2007, I continue to campaign against Sheriff Joe Arpaio – the boss of a jail where guards were murdering mentally-ill inmates. I keep Jon’s Jail Journal going by posting stories mailed to me by my prison friends.

In July 2008, I won a Koestler award for a short story, which I read to an audience at the Royal Festival Hall.

Banned from America for life, I presently live near London, and talk to student audiences across the UK and Europe about my jail experience and the consequences I faced by getting involved in drugs and crime. I have appeared on TV worldwide, speaking about issues affecting prisoners’ rights.

I am the author of my life story, The English Shaun Trilogy, which consists of Party Time, Hard Time, Prison Time  and a self-help book, Life Lessons.